One of the most commonly asked questions about bowling is why bowling balls are so heavy.

It’s a valid question since the average bowling ball weighs between 10 and 16 pounds.

But what most people don’t know is that there’s a reason for the weight – it actually provides an advantage when you’re playing the game.

So if you’ve ever wondered why bowling balls are so heavy, read on to find out more.

Why bowling balls must be heavy?

First, if they were significantly lighter or heavier than the average weight, this would actually affect your game in negative ways.

Think about it: if you were trying to use a ball that was too light and rolled it down the lane, you wouldn’t get much momentum because the ball isn’t moving very fast when it gets down to the pins.

And if you were using a ball that was too heavy, then you’d have trouble getting it to roll smoothly when you release it.

So when bowling manufacturers are designing balls, they need to make sure that each of them falls roughly within the average weight range so that bowlers will be able to use them effectively.

The size of the ball is also related to its weight.

For example, bowling balls designed for children (sometimes called “kiddie” or “junior” balls) are typically much smaller than average adult-sized bowling balls because kids will have an easier time using them.

Larger people with larger hands will normally prefer a bowling ball that’s larger as well – but both of these types of balls will still have a weight that’s similar to adult-sized bowling balls.

Secondly, in terms of hitting power, a heavy ball would be much more effective than a light ball.

If you were using a heavy bowling ball and it hit the pins, then each of them would shift significantly because they wouldn’t be able to absorb the impact as well (relative to the weight of the ball).

So while it’s certainly possible for a lighter bowling ball to get full pin action, it’s usually not as likely to happen…especially if the bowling ball is too light.

Generally speaking, each time you roll down the lane with a bowling ball, it should travel at roughly the same speed (give or take 5-10%).

If there was one side of it that weighed more than another, then that could change your game because you might have a hard time adjusting to it.

So in order for a bowling ball to provide you with the most benefit when you use it, it needs to have a weight that’s roughly the same as other bowling balls of its size.

And since most people prefer heavier balls (because they’re easier to control), then this is another reason why bowling balls are often designed to be heavier than average.

How heavy should a bowling ball be?

The weight of a bowling ball is measured in pounds.

Ten-pound bowling balls (which are the lightest ones) are typically only used by children, and most people will use 15 or 16-pound balls since they’re easier to control and provide more momentum when you release them.

Since it’s tough to predict what your ideal ball weight is (this will depend on your body type, arm strength, release angle, etc.), it’s normally recommended that you go to a bowling alley and ask an employee there for help.

They’ll be able to measure your height and weight, which will make it easier for them to find the right ball for you (so don’t waste time trying to guess your ideal weight, simply ask someone who knows what they’re doing for assistance).

Should I use a heavy bowling ball?

It’s completely up to you, but it can actually be easier to use a heavier bowling ball if you’re right-handed.

People who are left-handed may prefer lighter balls because that gives them better control (if they roll the ball with their left hand).

And since your dominant arm is often stronger than your other one (unless you’ve had an injury that affected your dominant arm), you can increase your accuracy by using a heavier bowling ball as well.

It’s common for people who are trying to improve their bowling abilities to start off with a 10 or 15-pound ball, and then switch over to a 16-pound one once they’ve gotten used to it.

But other bowlers will start with a 16-pound ball (right away) because they like to use something heavier.

This could come in handy if you’re trying to increase your score, but remember that it will also be tougher for you at first because the weight can actually make it harder to bowl well.

Yes, generally speaking, they are since heavier objects tend to be easier to throw (relative to their weight).

This is why many people like using the heaviest bowling balls that they can find – although there are some right-handed bowlers who prefer lighter balls. (source)

How heavy do pros use bowling balls? 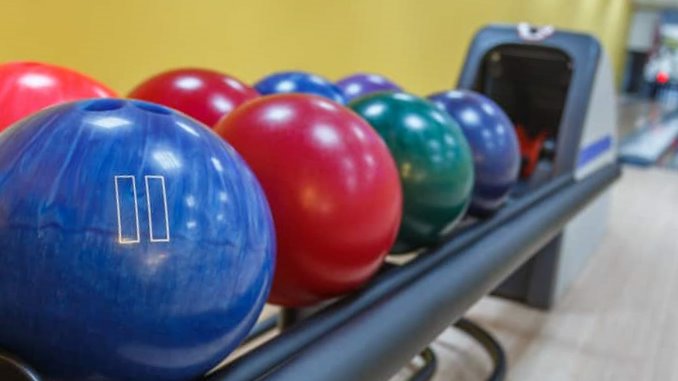 The weight varies, but professional bowlers usually use ones that are around 16 pounds.

People who are just starting out should be careful with 16-pound balls because they’re difficult to control (which is why you’ll often see new bowlers using lighter balls).

The weight of a bowling ball doesn’t have anything to do with its speed…unless it’s being affected by gravity.

Gravity is the reason why heavier bowling balls will hit pins harder than lighter ones, but this doesn’t make them travel through the air any faster.

If you want to increase your average score, then you need to work on your bowling technique and release point.

Since this will help you achieve a more consistent bowling style, it should ultimately lead to higher scores (regardless of whether you use a heavy ball or a light one). (source)

Is a 13 lb bowling ball too light?

There are no right or wrong bowling ball weights, but it’s usually easier to control a lighter one since gravity won’t have as much of an effect on it.

If you’re not used to bowling with a heavy ball, then you may want to start off with something less than 16 pounds (if you’re interested in improving your score).

Of course, there are some people who prefer to use a heavier bowling ball because that can increase their score by allowing them to hit pins harder.

Although you should ultimately try out different weights and see which ones work best for you, it’s safe to assume that a 13-pound bowling ball will be too light for most people – unless they’re right-handed (and if they’re not, then this won’t make much of a difference either way).

Do any pro bowlers use a 14-pound ball?

Since the weight varies, it’s possible for some professionals to use 14-pound ones.

However, since 16 pounds is considered to be an average weight for most balls (and pros tend to go with what works best), you probably won’t see many (if any) bowlers using anything lighter than 16 lbs.

A bowling ball’s weight doesn’t really have anything to do with its ability to curve (although the speed at which it travels will affect how much it curves).

This is why some professionals prefer heavier balls because they’re more likely to travel straight down the lane (which means that they’ll hit pins harder).

Would it be better to choose a heavy or light bowling ball to get a strike?

A bowling ball’s weight doesn’t really have anything to do with your chances of getting a strike, so it doesn’t matter whether you choose one that’s heavy or light.

The only thing that determines whether or not you get a strike is how well you bowl (and this depends on your technique and release point).

Since the weight doesn’t affect how much they curve, you can assume that this will always be consistent – it’s just a matter of whether or not you choose to use a light or heavy ball.

One thing is for certain, you will never win a game of bowling with an unbalanced ball.

The weight must be the same on each side in order to provide optimum power and control.

If your goal is to improve your score or get better at controlling the ball, then it’s best that you start off using something lighter (even if this comes as a challenge).

As time goes by, try switching over to a heavier one so that you can increase accuracy and momentum when releasing the ball.

Now go out there and show those pins who’s boss.